Four months — sixteen weeks — one hundred and twelve days.  That’s how long we’ve been smoochin’ your cheeks!  And I’m so thankful that you are ours to smooch! 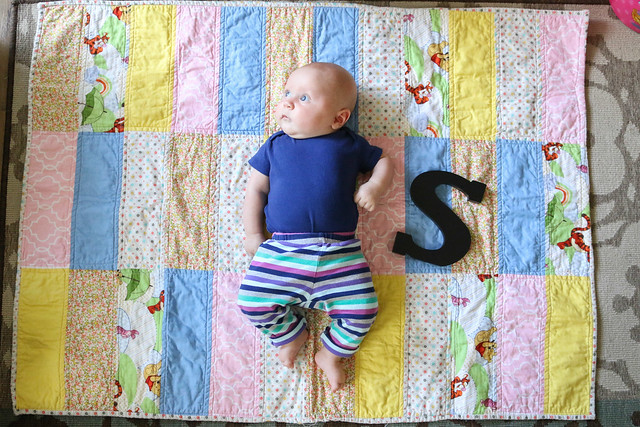 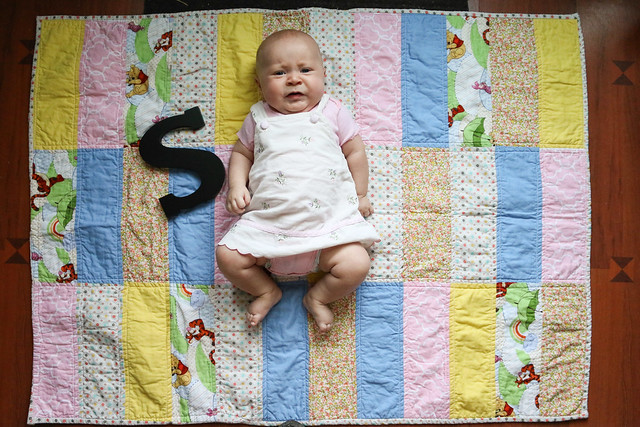 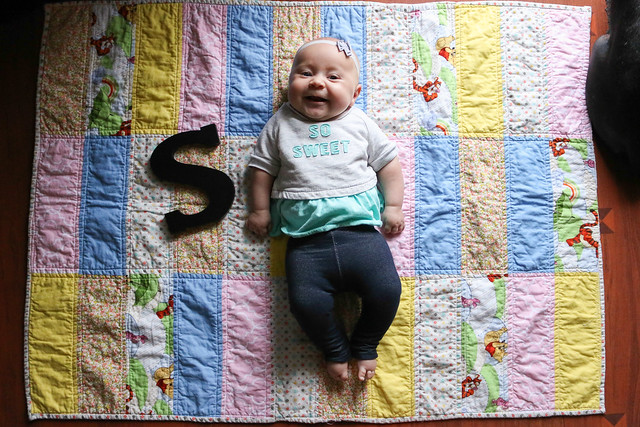 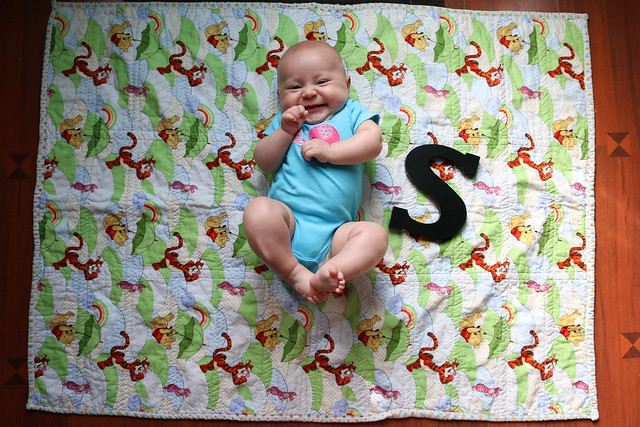 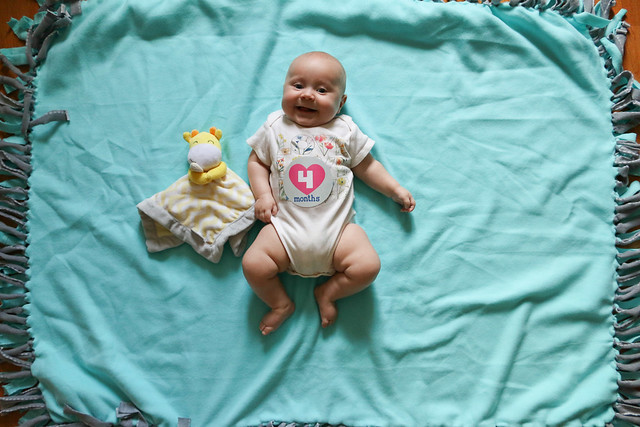 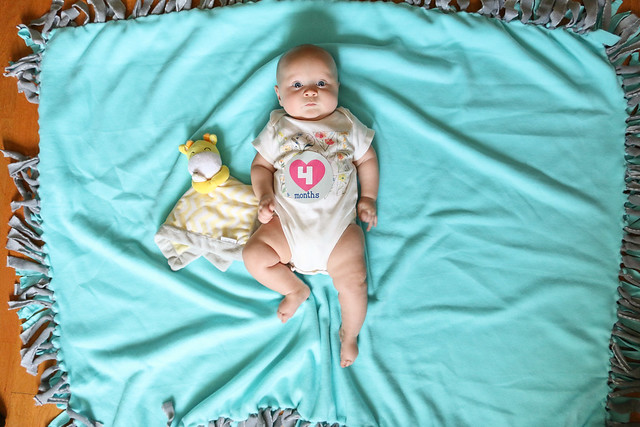 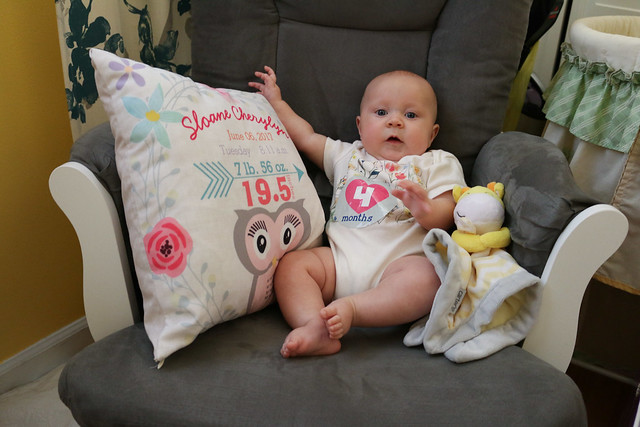 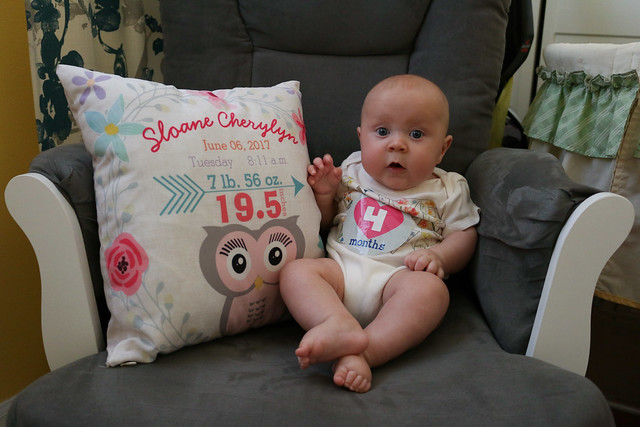 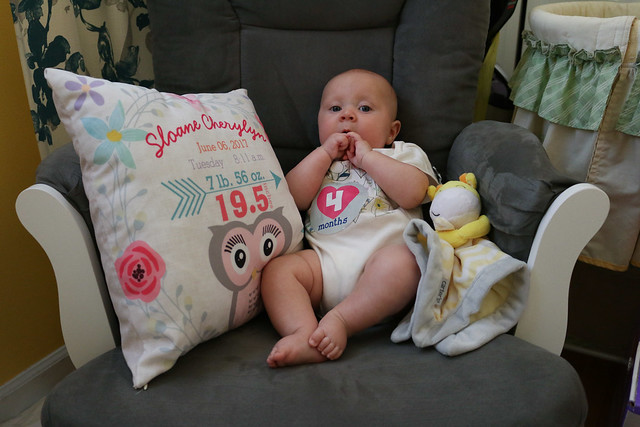 You are absolutely precious, Sloane!  We love you so much!