I’m currently backing up all of the videos on my iPhone to the computer so I can free up some space.  Instagram stories definitely makes this job A LOT more difficult because I am constantly recording little snippets of our everyday.

We had a play date at a friend’s house Wednesday morning.  It’s the sweetest thing having friends with kids the same age as Peyton and knowing they’ll get to grow up together!

END_OF_DOCUMENT_TOKEN_TO_BE_REPLACED

So I missed posting a Thoughts on Thursday yesterday.  I’ll go ahead and be honest and let you know that I took a nap while Peyton napped instead of typing a post.  Trust me – it was very needed.

So here I sit on a Friday evening.  We just laid Peyton down for bed and Forest is in the basement painting and grouting tile so he can install baseboards tomorrow and be D.O.N.E. [except for dusting everything and putting it all back in place which we’ll do tomorrow and he said his basement will be done for Mother’s Day – how sweet. ;)].

So here are a few thoughts from my week:

END_OF_DOCUMENT_TOKEN_TO_BE_REPLACED

It can’t be May 4th and I not share this GIF.  Happy Star Wars day!

I got a new app – Leap Second: 1 Second Video Journal that compiles one 1 second video from every day.  I just made this one for April!

END_OF_DOCUMENT_TOKEN_TO_BE_REPLACED 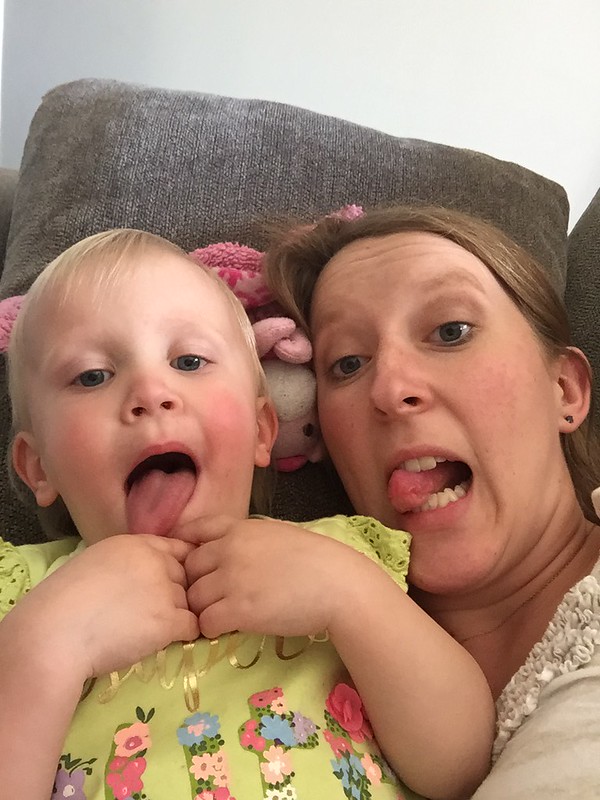 Me and this silly girl are going to get a free cone at Carvel today when she wakes up from her nap!

END_OF_DOCUMENT_TOKEN_TO_BE_REPLACED

So I don’t know if it’s pregnancy related or not but lately I’m able to pull of 3 days (I haven’t tried more than that) without washing my hair!  And to make it even more awesome, I don’t have to use dry shampoo!  It HAS to be related to pregnancy hormones because I’ve never been able to go 2 days even using dry shampoo.

A cute compilation of spring jackets under $50.

END_OF_DOCUMENT_TOKEN_TO_BE_REPLACED

Indie had a 6-week post-surgery check-up at the vet on Friday and the doctor gave us the go-ahead on physical therapy – short 10-15 minute walks that gradually increase in length as the week progresses.  Her walks started the next day and so did my shin splints.  Ouch.  They were better today during her walk after dinner, thank goodness, but shin splints are no joke!

We had a guest speaker at church on Sunday, Daniel Fusco.  He actually grew up in the Old Bridge, NJ area and is a 3x church planter currently living outside of Portland, OR.  He mentioned his book, Honestly: Getting Real about Jesus and Our Messy Lives, and I’m very interested in reading it.

END_OF_DOCUMENT_TOKEN_TO_BE_REPLACED

Saturday is April!  And although the saying is “April showers bring May flowers”, Mother Nature got a head start on the April showers.  Yesterday was sunny, though, and we took full advantage of being outside!

A grandpa at Tuesday’s story time at the library has the cutest grandson, he’s about 2 months younger than Peyton, and he knows all of his letters.  I was curious how he learned them all but was too shy to ask.  He must have been reading my mind, however, because he mentioned to me that he watches the tv show on PBS called Super Why!  I set our DVR to record a few episodes.  Peyton doesn’t get a lot of tv/screen time (even though she asks to watch a ‘mov’, aka movie, all the time) but there are some days that we do so we’ll try this show!

END_OF_DOCUMENT_TOKEN_TO_BE_REPLACED

a view from the shore
Blog at WordPress.com.